It doesn’t get any easier, folks. I had to say good bye to another precious saint of God. Mary Anne Copelin, my spiritual mother, mentor and friend, was 91 years old.

This woman of God was a true doer of the Word, believed in having a prayer life, always sitting on ready. She was a Bible teacher, a missionary, an author, a power house, a force of nature! She touched all who came across her path. She knew the Word of God and flowed under the anointing. She always said she’d rather miss God in trying to be obedient, than miss Him in not trying.

Mrs. C first came into my life some 35 years ago. At the time, I was an empty shell. Broken. And undone. Mrs. C picked me up, dusted me off and took me under her wing. Then she loved me, schooled me, and encouraged me. She allowed me to cry countless of times and bare my soul. I didn’t always like or agreed with everything she suggested, but I respected her knowledge and wisdom.

I learned much from her; some lessons took a while to sink in. I came to the realization that I am a spiritual being. I need to be who I am and not try to imitate someone else. I need to love myself first, in order to love others. The self I need to reject is the “flesh” which dominates my soul. The flesh will abuse or misuse my personality. In order for me to have a healthy self-respect, I must see myself as a person of dignity and worth. The one who has no self-worth or self-esteem tends to hide behind a mask. Been there, done that.

Over the years, I’ve met and have come to know many wonderful and dear sisters in the Lord; many are friends to this very day. It was through Mrs. C’s ministry where I met another saint of God, Elizabeth Bearden, whom we also grew to love and even cared for her in her later years until she crossed over to be with the Lord.

Yes, I am grateful that this one woman enriched my life and instilled in me hope for change. Throughout my own personal struggles and setbacks, she pushed me forward and taught me the importance of God’s grace.

So Mary Anne, I say so long for now. Thank you for your life and for treating me like a loving daughter, even when I didn’t feel so loving. I thank God for knowing you and for being a vital part in not only my life, but in the lives of my family as well. We will miss you until we see you again. 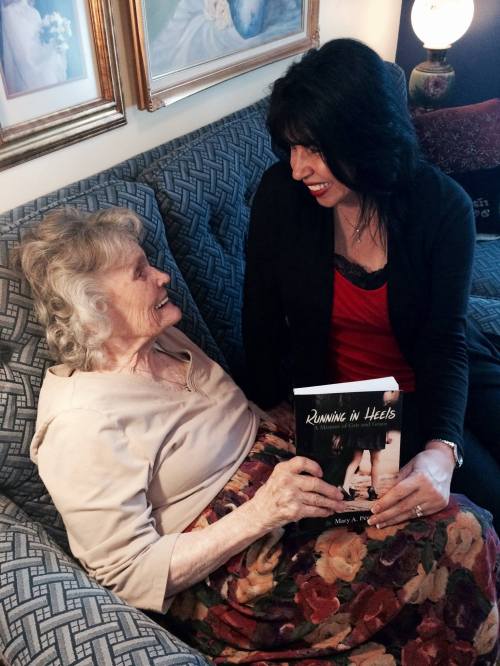 He was a Great Man

This upcoming Memorial Day as I remember Florentino Mendez, my mind goes back to when I was a little girl sitting at my grandpa’s feet.

I sat Indian-style and watched him scatter newspapers on the floor, laying out the shoes in a neat row and placing an old wooden box beside them. Inside the box, he kept brushes, old socks, rags, and cans of black polish.

“Do you know what I’m getting ready to do, young lady?” Grandpa asked.

“You gonna spit and shine shoes,” I squealed.

With one hand in a shoe and the other in an old sock, Grandpa rubbed the wax back and forth, polishing the leather. I never tired from following his hands, moving like flashes of lightning.

He always rose before dawn and believed in the saying, “The early bird catches the worm.” He prided himself on discipline, stemming from his years in the military. On a weekly basis, he cleaned our shoes, the way he said he had learned in the Army.

He walked me to school and back, logging in about a mile and a half each way. Rain or shine, I counted on his presence waiting for me after class.

I loved him dearly. Always clean-shaven, he smelled like Mennen Skin Bracer and Vitalis. He was average in stature, had fair skin, gray hair, and quick eyes with a broad smile and a jolly laugh that made his belly jiggle.

Years later as an adult, I would never forget how an unsettling aura of death struck me when I first walked into the hospital room. I shuddered and gingerly approached the form buried under layers of covers. The head of his bed was raised, the profile barely recognizable to me.

A pale, thin face moved; eyes hardly opened. Those eyes, once sharp, were feeble and dull. Yellow paper skin hung loosely from bones. Large purple veins ran up and down his hands like a roadmap. Those hands, once strong and beefy, quick and nimble, felt cold, boney and fragile. The same hands once steady in his military days, guided, and comforted me in my youth, were the same ones I tenderly held now.

I struggled to keep my composure. I knew he was weary. To see him lose his dignity pained me, lying there so helpless, a prisoner in his own body. 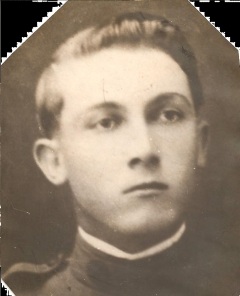 Lost in my thoughts, my eyes roamed and paused on Grandpa’s wristwatch on the bedside table.

Time. I picked up the watch and held it. Tick-tock. Precious time. Tick-tock. Running out. As Grandpa dozed off, I sat at his bedside, praying for God to hush the raging of my heart.

Two months after his eighty-fourth birthday, my beloved grandpa sadly passed away.