Some of you know that I recently joined Toastmasters. Last Thursday, I was asked to introduce myself by giving my first speech called The Ice Breaker. The objectives are to begin speaking before an audience, and to discover speaking skills you already have and skills that need some attention. You only have four to six minutes to present it.

I’d like to share with you my Ice Breaker speech which I titled, “The Battle Within.” Was I nervous? You betcha! Did I stumble? Ah, yeah … but you move on and finish. By the way, I won best speech of the night. Go figure. You never know the outcome if you don’t put yourself out of your comfort zone and try. 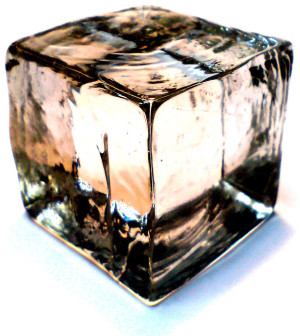 Hi, I’m Mary Ann.  I’m a published author, currently working as an Inside Sales rep for a customer service company in Sugar Land, Texas. I am happily married to my best friend for 22 years, and I have four amazing children and two adorable grandchildren.

I was born in New York and raised in Miami after my parents separated when I was 3, and divorced by the time I was 5.

I lived with my single mother and we were dirt poor. There was no money, no food and no love.  Now, when there’s no money, you don’t have any shoes, and you get a lot of eviction notices. When there’s no food, well, you’re hungry all the time. And when there’s no love, you feel isolate, insecure and invisible. Forced to grow up too fast, wearing shoes too big for my feet, and being my mother’s mother, crippled me emotionally.

At an early age, a battle was raging within me and that was the feeling of being “less than.”

Ashamed of my upbringing, heritage, and status, I felt only the ritzy kids went to summer camps, swimming lessons & Girl Scout gatherings, but not me; I was always on the outside looking in.

In my teens, I grew bitter and thinking that I could do better than my mother, I eventually ran into the arms of a ruthless man, twice my age. He was an alcoholic, a womanizer, a brow-beater, and he ruled with an iron fist. All the while, I struggled with that battle from within called insecurities. I wore a mask to try to cover feelings of low self-esteem and self-worth, which clouded my vision.

He and I eventually did marry. By the time I was 22, I already had my 4th child. I was merely a “baby-machine” to him, and he constantly fed my insecurities and never let me forget I stood under his feet.  I felt I couldn’t do better, so I stayed in that relationship. I felt trapped but I made the best of my situation for my children’s sake. Long story short, that marriage lasted 15 years. I guess I finally grew up.

In retrospect, it wasn’t until I returned to the God of my grandparents that my mind, past and emotions were healed. I know now that what I endured yesterday as a child, and as a young adult, made me the stronger woman that I am today.

A few years ago, I decided to write my memoirs for my kids so they would understand some of the history, struggles and hardships that I, their mother, endured. I wanted them to know that no matter what, our past does not have to dictate our future. And it’s been my present husband who encouraged and supported me all along, telling me, “You know you need to write for other women so that they can be inspired.” He was right on.

Although no longer ashamed of my pain, do you know I constantly fight a battle from within? I DO! I still struggle with low self-esteem. But deep down, I know that I have God on my side now. He not only had given me the grit to come this far, but He also has given me His grace to carry me through every obstacle that I have ever faced! I learned that the battles are not mine but they are His.

In my book, “Running in Heels: A Memoir of Grit and Grace,” I share the coming-of-age journey about a girl’s refusal to be defined by her environment while seeking inner-healing thru her brokenness. We all have a story. No matter your past, you can still be a person of worth! And it starts with a made-up mind!

I have joined Toastmasters to help my battle from within that I may gain confidence during book signings, attending book clubs & author’s events in helping me overcome the fear, the insecurities & the nerves when it’s time to open my mouth. You see, it’s one thing to write a book, it’s quite another to be able to stand, look folk in the eye and speak to them. I know I have something to say and I am here to learn how to say it well.

Filed under The Ice Breaker, Toastmasters

29 responses to “The Battle Within”